To share your memory on the wall of Leslie A. Boone, sign in using one of the following options:

Provide comfort for the family by sending flowers or planting a tree in memory of Leslie A. Boone

There may be a delay while processing. Please do not click the back button or refresh while a payment is processing.

Your donation has been processed successfully

Provide comfort for the family of Leslie A. Boone with a meaningful gesture of sympathy.

Family and friends will gather to celebrate his life at a memorial service at 11:00 AM on Saturday, October 5, 2019 at the Central Church of Ch... Read More
Leslie A. Boone, 84, of Andrews, Texas passed away on Tuesday, September 24, 2019 in Andrews.

Family and friends will gather to celebrate his life at a memorial service at 11:00 AM on Saturday, October 5, 2019 at the Central Church of Christ, 1600 East 29th Street, in Bryan, Texas. Cremation arrangements are under the personal care of McNett Funeral Home in Andrews. Please visit www.mcnettfuneralhome.com for obituary information, service details, and pictures.

Leslie was born on December 11, 1934 in El Paso, Texas to Charles Clayton Boone, Sr. and Ola Mae Duncan. He was raised in El Paso and the Rio Grande Valley and graduated from Edinburg High School in 1954. He had graduated from Southern Illinois University with an Associate of Technology in Aviation Maintenance in 1971. He also attended Northrup Insititute Technology for Electrical Engineering. He served in the U.S. Air Force from 1954 – 1958, where he was a Gunner Scanner on a B-36. He served in the U.S. Army Reserves from 1975 – 1976 and the Iowa Army National Guard from 1976 – 1978. He had obtained his private and commercial pilot’s license with single, multi-engine, and instrument ratings. He had worked as aircraft mechanic at Bieser Aviation in Mission, Texas, Capitol Aviation in Springfield, Illinois, Gary Aircraft Corporation in Hondo, Texas, SMB Stagelines in Muskogee, Oklahoma and Ottumwa, Iowa, Petroleum Helicopters in Lafayette, Louisiana, Air Texana in Nederland, Texas, and George E. Breedlove & Associates in Nederland, Texas. He had experience working on a variety of aircraft including Convair 340, Beech 18, DC-3, DC-4, DC-6, DC-7, T-28, T-34, T-37, Douglas B-26, Cessna 172, Cessna 182, Mooney Ranger, Piper Navajo, Piper Comanche and Bell 212 and 412 helicopters. He had owned and operated his own private Piper Tripacer for many years. He had worked and retired as a corrections officer for the Texas Department of Criminal Justice. He was a past member of the Civil Air Patrol and the Andrews Church of Christ, and a former resident of Vidor, Texas. He was known to be private and reserved but liked to tease people. He enjoyed reading aircraft magazines, working on vehicles, watching the news, western shows and the Dallas Cowboys, and listening to country music. He loved to eat M&M’s, Butterfingers, Butterfinger DQ Blizzards, Fritos, and drink his Dr. Pepper.

To send flowers to the family or plant a tree in memory of Leslie A. Boone, please visit our Heartfelt Sympathies Store.

Provide comfort for the family with a meaningful gesture of sympathy.

We have provided a digital copy (PDF) of the Memorial Program that we supply at the time of the service. To Download this file please click the filename below.

We encourage you to share your most beloved memories of Leslie A. Boone here, so that the family and other loved ones can always see it. You can upload cherished photographs, or share your favorite stories, and can even comment on those shared by others.

Gary and Becky Smartt sent flowers to the family of Leslie A. Boone.
Show you care by sending flowers

Gary and Becky Smartt purchased flowers for the family of Leslie A. Boone. Send Flowers 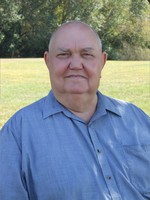 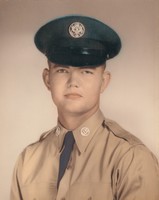 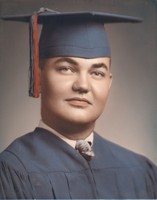