To share your memory on the wall of Sidney Willems, sign in using one of the following options:

There may be a delay while processing. Please do not click the back button or refresh while a payment is processing.

Your donation has been processed successfully

Family and friends will gather to celebrate her life at a graveside service at 2:00 PM Sunday, June 23, 2019 in the Andrews West Cemetery in Andrews, Texas. The family will receive friends from 5 – 7 PM on Saturday at McNett Funeral Home. Please visit www.mcnettfuneralhome.com for obituary information, visitation and service details, and family pictures or videos.

Sidney was born on September 23, 1944 in Lamesa, Texas to Thomas Raymond Holley and Pearl Josephine Hurt Holley and was raised in Welch, Texas. She graduated from Dawson High School in 1963, where she played basketball and was a cheerleader and football queen. She married Tommy Odell Willems on December 11, 1964 in Welch. She had worked as a Cosmetologist in the 1970’s. They moved to Andrews in 1979 from Dilley. She had worked for the Andrews Independent School District and Devonian Elementary from 1979 – 1995 and retired as the Cafeteria Manager. She was very involved in raising her two sons and attending all their events and games. She was a past member of McKinney Acres Baptist Church in Andrews. Tommy preceded her in death on September 23, 1996. She moved to Lubbock in 1998, where she had worked at Dorothy’s Dress Shop and was a past member of Broadview Baptist Church in Lubbock. She moved to Allen in 2010 to be closer to her family and was a member of the First Baptist Church in Allen. Tommy and she enjoyed playing bingo, Keno at the casinos, but most of all spending time with her family. She was an avid sports fan and watched a lot of sports on TV. She especially loved watching Texas Tech Lady Raiders Basketball as well as her grandchildren play ball. She was also preceded in death by her parents, brother, Gene Holley, and stepmother, Nelia Holley.

To send flowers to the family or plant a tree in memory of Sidney Willems, please visit our Heartfelt Sympathies Store.

Provide comfort for the family with a meaningful gesture of sympathy.

We have provided a digital copy (PDF) of the Memorial Program that we supply at the time of the service. To Download this file please click the filename below.

We encourage you to share your most beloved memories of Sidney Willems here, so that the family and other loved ones can always see it. You can upload cherished photographs, or share your favorite stories, and can even comment on those shared by others.

The Ortega Family, The Weatherford Smiths (Shane, Hannah, Gracie Mae , and other have sent flowers to the family of Sidney Willems.
Show you care by sending flowers

The Ortega Family purchased flowers for the family of Sidney Willems. Send Flowers

Posted Jun 21, 2019 at 10:36am
My thoughts and prayers are with you and your family during this time.
My faith tells us that she's rejoicing with the angels and that she's now in the hands of the our Lord.

Posted Jun 21, 2019 at 08:45am
Wishing you peace to bring comfort, the courage to face the days ahead, and loving memories to forever hold in your hearts.

Your EnLink Family purchased flowers for the family of Sidney Willems. Send Flowers 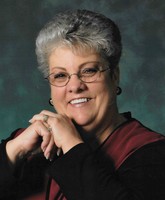 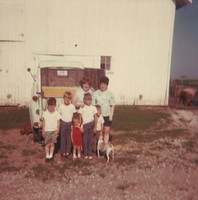 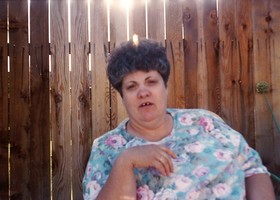