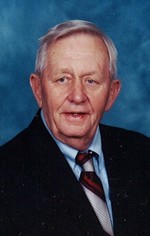 Graveside services will be held at a later date in Shreveport, Louisiana. Cremation is under the personal care of McNett Funeral Home of Andrews. Please visit www.mcnettfuneralhome.com for obituary information, and pictures.

John was born on June 19, 1934 in Homer, Louisiana to Marion Maurice and Jane Ashely Wilder Miller. He graduated from high school in 1954. John married Shirley Ann Teekell on May 26, 1953 in Bossier City, Louisiana. They moved to Denver City, Texas where John was an oil field contractor until retirement. After retirement they moved to Del Rio, Texas where he and Shirley lived for 21 years before moving to Andrews in 2011. He was an avid hunter and fisherman and was a captivating storyteller. John was always so proud of his father, Marion Maurice Miller, who was a Sheriff deputy killed in the line of duty on February 27, 1954 in Bossier Parish, Louisiana. He was a member of the First Baptist Church in Andrews. John was preceded in death by his parents, and wife Shirley Miller on December 16, 2018.